So, I've been tossing the idea around in my head for awhile of creating a blog where I can post all of my photoshoots with little blurbs about the shoots and inspiration behind them, etc.
In college, I was required to write artist statements about every artwork I created, and while I think my work has strayed from the artistic realm and mixed itself more readily with fashion and portraiture, I still feel an urge to explain myself, whether they were planned or spontaneous.
So many of my photoshoots are related to the experience, and it's hard to look at them from a non-emotional standpoint.  Every photo-shoot is like my child (sometimes they're my problem child...).  I really want to share with you my thoughts on them, not because I hold any grand illusions about my work, but more so because I want somewhere to write about it, kind of like a diary (but without too much of the embarrassing stuff). 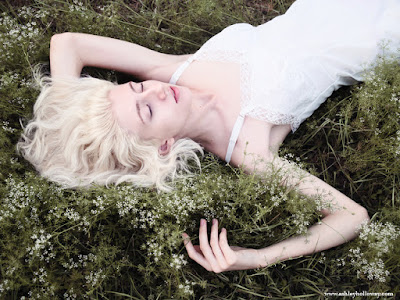 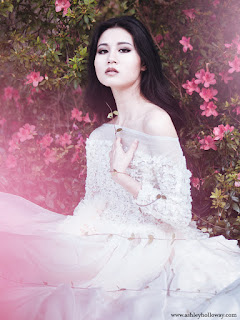 My name is Ashley Holloway and I'm currently 26-years-old and living in Florida (near the Tampa area, nothing too glam like Miami).  While the area is continually being built up around me, I'd still call myself a small town girl.  I live on an acre of land in a rural subdivision, and you can still drive down the road around my neighborhood and see beautiful pastures with cows and horses among other things. It's not as rural as it used to be though, I have a Super Target and a Publix within five minutes of my house, but it's far from being the city. This is the kind of environment I grew up in and one I'm continually inspired by.  Nature is usually a given in my work, although in the past couple of years I've been really pushing working in the studio because I enjoy the simplicity.  Other hobbies include thrifting (a lot of the clothing in my photoshoots are pieces I've thrifted), reading, admiring art, daydreaming, making smoothies (does that count as a hobby?), and trying to be more adventurous. 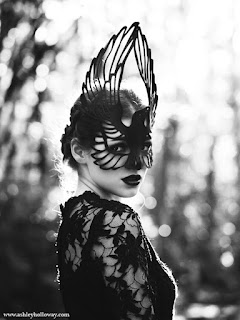 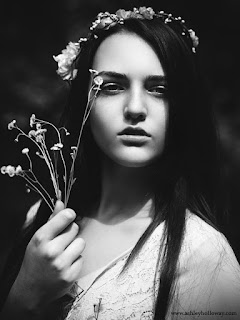 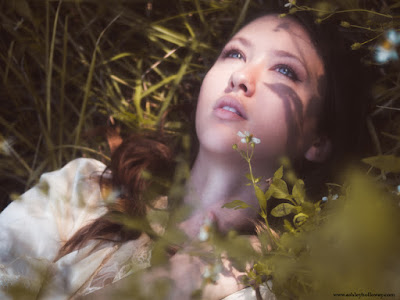 A lot of people tell me my work is dreamy, and that's a description I will confidently attach to myself and my work.  A lot of my work, especially in the beginning, was based on various fairytales, and I suppose that's still an apt description of my photography. I love photographing subjects that tend to have a soft, innocent feeling to them.  Photography is an escape, and reality isn't something I like to sully it with too often.  I'm especially inspired by childhood and adolescence as being that age where you can still see the natural world as being magical. A lot of my subjects tend to look like they're lost in a daydream. I'm also just incredibly inspired by beautiful faces and capturing them on my camera.  A lot of times I find it difficult to plan a shoot without a face in mind, because a model's look and personality determines so much for me. My work is also pretty colorful (except for when it's not, I love creating b&w photos), and I dearly love any kind of flowers. 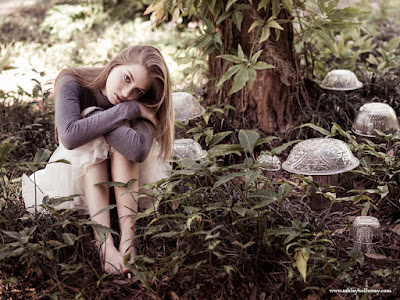 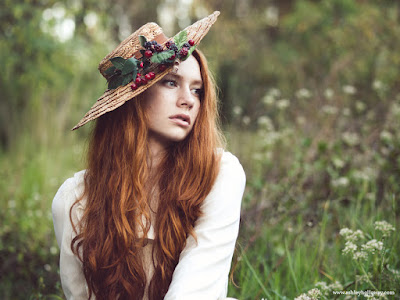 Finally, even though most of my work is digital photography, I also work with a lot of instant film and occasionally bust out 35mm film (which if I had an unlimited budget and time I would shoot a lot more of).  I grew up shooting 35mm film, so it has a very nostalgic factor to it.
So, that's just a little bit about me and the kind of work I do. Now I just have to actually post on this thing! 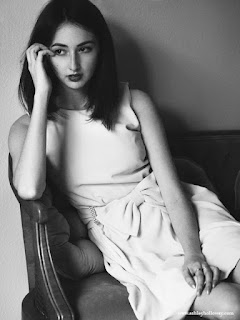 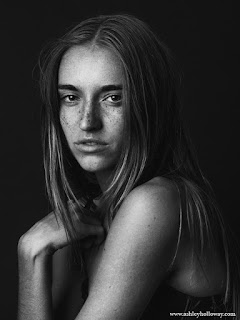 Posted by Ashley Holloway at 12:02 PM